*What if your child is allergic to the medication delivered by the school?  Is the school liable?

*PARENTS’ FUNDAMENTAL AUTHORITY IS MISSING FROM THIS BILL, hoping to become law.

*This is the “school choice” bill we’ve been posting about.

*EXPANSION of GOVERNMENT EDUCATION for ALL.

A response to HB2068 to expand Kansas’ Tax Credit for Low Income program.

(Because we haven’t experienced enough growth of the government…sarc on!)

People have been led to believe that school choice, via some type of government mechanism (vouchers, tax credits, tax credit scholarships, ESAs, etc.) is the solution to escaping what they may not like about public education. They contend it will foster competition between government subsidized private schools and government public schools, with parents having more choice between schools and schools working to improve.

We even have statements and findings to affirm the goal of inevitable interference and control by the government. A few are nicely provided by Charlotte Iserbyt in “Choice” Mixing Oil with Water. http://deliberatedumbingdown.com/ddd/2019/03/03/choice-mixing-oil-with-water/

– George Bernard Shaw, of the socialist Fabian Society of England, said, “Nothing will more quickly destroy independent Christian schools than state aid; their freedom and independence will soon be compromised, and before long their faith.” https://chalcedon.edu/magazine/vouchers-freedom-and-slavery

– ALEC founder, Paul Weyrich: “We are radicals who want to change the existing power structure. We are not conservatives … We want change – we are the forces of change.” In 1981, ALEC mailed a proposed voucher model to 16,000 state and federal officials. https://lithub.com/how-fringe-christian-nationalists-made-abortion-a-central-political-issue/

– Thomas A. Shannon, Executive Director of NSBA said, “Tuition Tax credits for private school profoundly change the character of private education. Private schools that operate with public money will be subject to public regulations.” “The immutable fact is that what the government funds, the government regulates,” Mr. Shannon warned, “and that’s going to change the character of private schools enormously.” https://www.edweek.org/education/proposals-for-private-school-choice-reviving-at-all-levels-of-government/1991/02

– Per The Interagency Day Care Standards:

– “Any agency, public or private, which receives federal funds directly or indirectly through a grant or contract… or by way of a voucher plan” must meet all programs that are set down for public schools. Acceptance of Federal funds is an agreement to abide by the requirements.”

– In a March 1984 U.S. Supreme Court ruled that private schools are subject to government regulation because they enroll students who receive tuition money from the government. Even though the checks are payable to individual students, not the school, the Court says any scholarships, loans, or grants to students “constitute federal financial assistance.” https://thenewamerican.com/how-independent-are-private-schools/

– Defines parameters on amounts and uses of scholarship monies

– Lays out the KS statutes that establish the program

– Lays out all the school accountability reporting requirements

– Lays out the reporting in order to comply with federal ESSA, state board CCR metrics, state longitudinal achievement reporting, etc.

Look at Kansas’ own history in regard to these tax credit scholarships. How has this program alone impacted the institutions participating? Are any not state accredited? Are any operating under standards that do not meet state standards for accreditation? Are any not submitting reports to the state? Are any not required to comply with the K.S.A. 72-5170 requirement for schools to publish accountability measures as established by the KSBOE in regard to SEL, kindergarten readiness, individual plans of study, graduation, and postsecondary success?

But, when a private school is directly or indirectly funded by the government, it must become more like the public schools. Evidence and history bear this out. If this is not a correct statement, what example can be brought forth?

We also experience the camel’s nose under the tent and incrementalism. The overall goal is to grow government control. HB2068 demonstrates this:

– Expands the public schools from lowest performing to “any.”

The direction of change is certainly that of expansion.

School choice = The choice by parents of where/how their child will receive his government education.

The data collection and reporting requirements have propagated the government production of extensive dossiers on every American from cradle to grave.

Jeb Bush, a big supporter of the ever expanding datamining of children and a champion of Common Core standards, is also …. one of the biggest and key promoters of … wait for it … School Choice! The SAME people financing and pushing Common Core, assessments, and technology to transform public education, SUPPORT School Choice.

“My personal belief is there is no one single thing that needs to get done,” said [Jeb] Bush …. What it will require, he said, is a combination of school choice (vouchers), CC standards, rigorous assessments, consequences for anything less than excellence, and using technology to transform education ….. [Deliberate Dumbing Down of America, pg 7]

What happens with public education? Is it eventually totally eliminated? What replaces it?

There is so much more to understand about this heavily propagandized false illusion of freedom called “school choice.” It’s not actual freedom.

Tax-supported school choice proposals affecting public, private, religious, and home school education are the vehicle to change not only the right of Americans to choose what kind of education they wish for their children, but may also result in changing our representative form of government to an “unelected council form of government” due to one form of school choice, charter schools, run by “unelected councils. http://newswithviews.com/iserbyt/iserbyt115.htm

If you see the words “school choice,” you may as well put the word “fake” in front of it.

“School choice” has long been the planned mechanism to ensnare private schools and to bring them into the fold – in order to force them to teach the very ideologies that many parents want to escape. Parents, don’t fall for it! It is called “school choice,” but this term is a trap! (and by design)

Publicly funding private schools is dangerous, for they have no elected school boards, therefore no citizen representation to ensure public monies are spent teaching what the public, as a whole in in favor of. This also explains the danger of another type of “choice”: charter schools — for they, too, use public monies without representation of the public (publicly-elected school boards, for example).

The assumption is that schools will have to “compete” for parents to choose to send their child to their school.

Presently, the state monies going to the schools, require the schools to implement all manner of curriculum, reporting, and programming requirements. By moving the “place” as to where the monies are directed, the state requirements will move as well, landing on each specific child.

It won’t matter “where” a child goes to school.  Everything will be directly tied to each child.  Each “place” of education, be it a school or parent, will be required to meet all the state requirements.

And, what about equity issues?  Presently, there is an exhaustive list of risk categories that schools screen for and receive additional funding for.  Wouldn’t, therefore, each child receive a different allocation of state monies, based on his varying risk designations?  Wouldn’t it also be possible that children “achieving” or “exhibiting” certain aptitudes or competencies will be allocated a different level of state monies?

Would schools then not compete to acquire the children with higher allocations of state monies?

Also, a school that parents believe to be excellent doesn’t automatically have the capacity to “receive” every child whose parent would “choose” that school to send her child to.  What will be the process/criteria to determine which schools take which kids?  Do we not think that the state has to have a “stake” in this process?

The “money following the child” does not result in a mushrooming of private schools that are responsive and accountable to parents.  There will very likely be a mushrooming of schools competing for as much government funding as they can garner.  The schools/parents will be encumbered with meeting all the state curriculum, reporting, and other programming requirements.

Children become even more a piece of capital, a human resource, an asset/investment of the government.  The “interest” of the state in the child is even more specifically “personalized” to each child.

Money can only be responsible to the person who earned it and from which it comes.  Yes, individual taxpayer taxes fund the government.  But, the government is also funded by business/corporation taxes, and all number of taxes paid by people who do not have kids or kids in school.

The funding of local schools needs to be from local sources, directly.  This means local community taxes directly fund its local schools.  This includes any fundraising by local schools.

If the people of a community do not think their local school is “good,” then they would vote for lower taxes to support it.  Lower taxes would also allow parents to retain more of their personal income to CHOOSE to use it to send their child to a truly private school.  As well, grandparents – also the beneficiaries of lower taxes – could contribute to their grandchild’s education.  Local businesses could also directly support the schools of the area.

Lower taxes for everyone would allow for all persons to fund those things unique to and characteristic of those who reside in the area.

Again, history supports this.  As the source of direct education funding has continuously left parents and local communities, the excellence has continued to decline.

Here is a link to the House K-12 Budget committee: http://www.kslegislature.org/li/b2021_22/committees/ctte_h_k12_education_budget_1/

This bill is scheduled to be heard this Thursday in the House Education committee.  It’s HB2488 School Emergency Medicine Bill

Do you want your child’s school acting in the capacity of a medical entity AND without PARENT consent?

Do you want your child’s school NOT HELD LIABLE for administering medications?

Do you want your child’s school NOT HELD LIABLE for ACTING in any circumstances it deems to be “emergencies?”

Do you want your child’s school NOT HELD LIABLE for ACTING in a manner that may be contrary to your PARENTAL DIRECTIVES?

I think of my own son here who cannot have albuterol. He carries his own inhaler and always has, and it’s not an albuterol inhaler, but a different medication, altogether. So, imagine these people giving him albuterol, and I have zero recourse!?! Totally unacceptable.

Was heard in 2020 and was actually RECOMMENDED to be PASSED by the committee.  Didn’t proceed as was “stricken from calendar by Rule 1507” on February 27, 2020.

Why this is a TERRIBLE BILL: 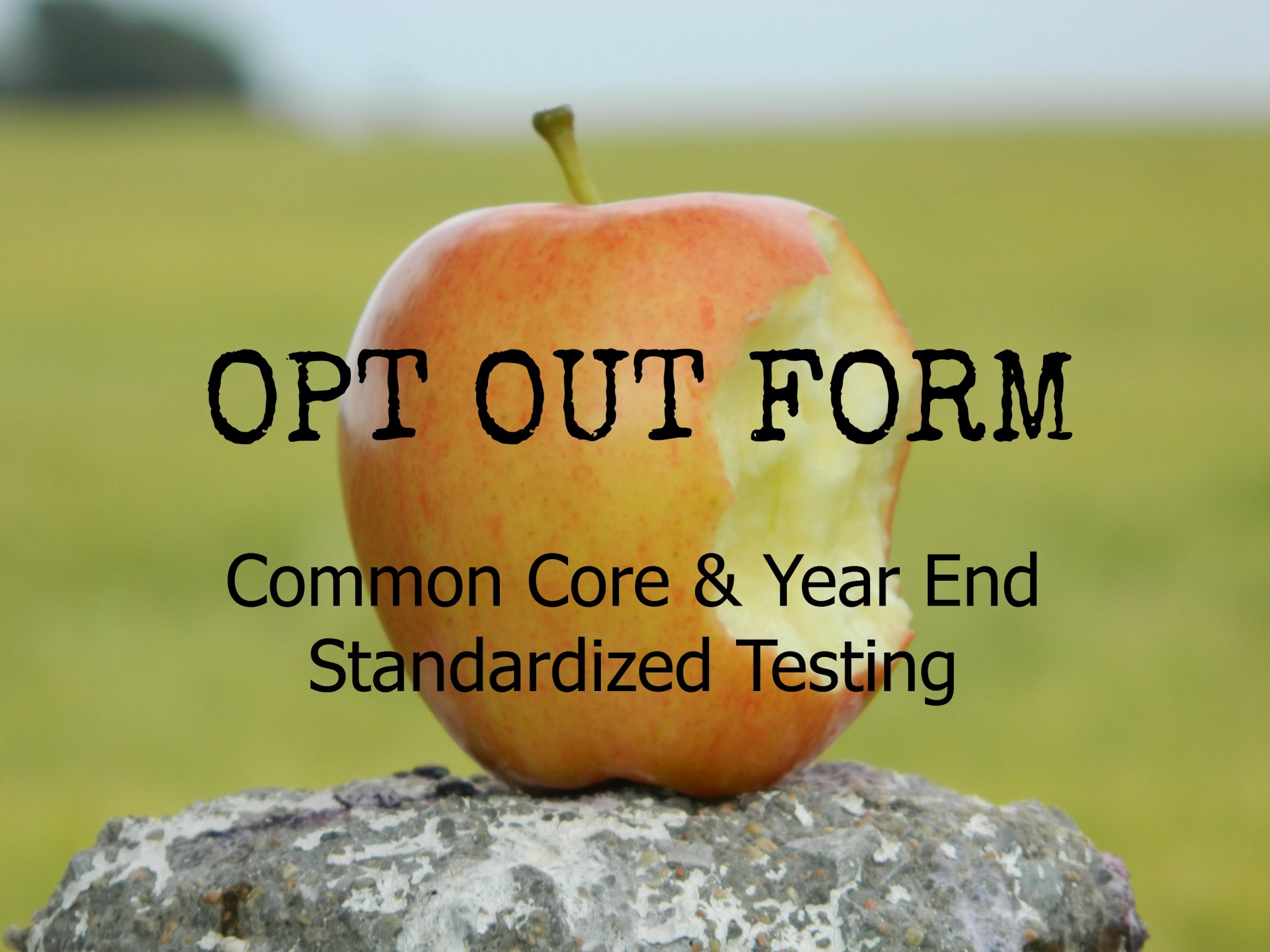